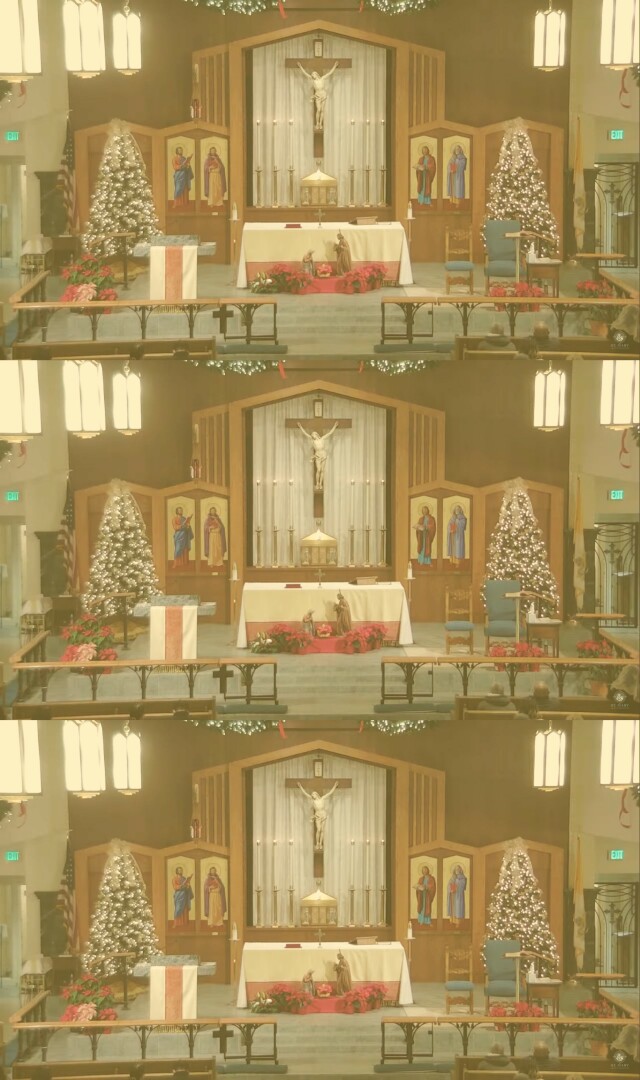 Every day, Jesus speaks to our hearts, inviting us to spend time with Him. Sunday Mass is special, but to take the time in our busy schedules to sit in the presence of Jesus, we become intimate with Him. Opening our hearts and thoughts. Here, we receive graces and nourish our souls, and we become one with Him. St. Alphonso M. de Liguori puts it so eloquently. "You may be sure that of all the moments in your life, the time you spend before the Divine Sacrament will be that which will give Consolation at the hour of your death and during eternity." What a beautiful constellation knowing we're preparing ourselves for the glory of God. So brothers and sisters, let us thirst for the Lord who first suffered thirst for us! Let us adore Jesus, who waits for us daily in the Blessed Sacrament, longing to share His love with us. Listen to your hearts. Is Jesus calling you? 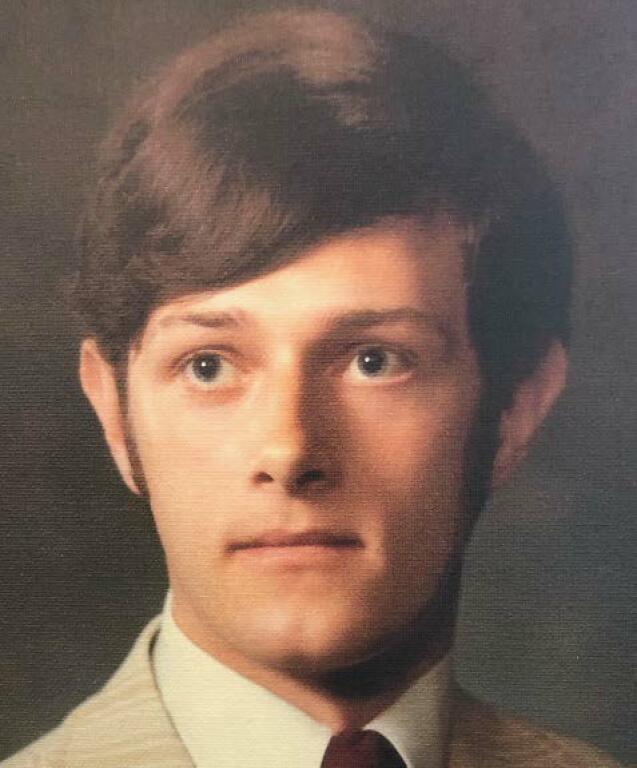 Have you ever wondered…

whose picture is mounted in the Adoration Chapel? His name is Clayton F. Bower, Jr. He was born on Feb. 21, 1950 and died on Oct. 13, 2010. Clayton graduated Natick Senior High School and Boston University, attended St. John's Seminary and Harvard. He was an avid reader and was continuously expanding his knowledge. His knowledge made him an inspired teacher of the Faith. He touched many people from many places.

After receiving a relic of St. Bernadette over 30 years ago, Clayton went on to collect 50 more relics by the time of his death. All were donated to St. Mary Parish, except the one of St. Joseph of Cupertino, which he donated to JPII Catholic University.

He rescued many of the relics that are in the Adoration Chapel from off the internet or from antique shops. He purchased them in order to “keep them from being desecrated,” he’d say. During the last six months of his life, toward the end of his battle with cancer at this point, Clayton, with some help from Patrick Bump’s two boys, created name tags for each relic.

He gifted them to St. Mary because he wanted the Saints “to be with Our Lord in the Chapel where they belonged!” The only request Clayton made of Fr. Rich was for his old portrait from his college days – when he came back to the Church – to be hung in the chapel facing Our Lord in the Blessed Sacrament; and for a note asking visitors to take a moment and “pray for his soul” while they were there.

Clayton, just prior to his death, donated his 20,000 volume Theology library to JP Catholic University, which the University named the Clayton F. Bower Library of Theology.

Clayton worked very hard in using radio to spread the Gospel of Jesus Christ on EWTN network and on St. Joseph Radio. He dedicated himself to educating the poorest of souls across our great country.

Clayton was an instrumental catechist of the St. Mary RCIA program during his years at St. Mary. He taught 12 or 13 of the 26 classes we had each year. He put a lot of work into his classes, using wonderful multimedia presentations with video, slides and music which he created himself. He was an amazing catechist and Catholic Apologist, and was always very popular with the catechumens, candidates and their sponsors who attended classes.
Clayton was an apologist for Catholic Answers for several years when he first moved to San Diego in the early 1990s. They have a small number of his articles on their web page at: https://www.catholic.com/profile/clayton-f-bower-jr.

His broad ranging interests included Rugby, playing at Boston College and here in San Diego as well as instructing and coaching Jiu-Jitsu and Grappling. Clayton was extremely proud of his Scottish MacLeod heritage and could play a bagpipe.

“My personal notes about Clayton (we were pretty good friends for a while during his time in the RCIA Program and in the last year of his life): While I was Coordinating the RCIA Program for Fr. Rich Perozich from ’07 – ’11, Clayton was a one of the best Catholic Men I’ve ever known, and a very talented apologist. He did radio programs for St. Joseph Radio in Orange County, and several of his shows are on YouTube. His most well-known is “Where We Got The Bible.” He covered a myriad of topics on his shows.

He was a big, wide-shouldered Scot - 6”3” and about 230 lbs. of old-school muscle, and he loved rugby, Grappling and Jiu-Jitsu. At his funeral many of his Jiu-Jitsu and Grappling classmates and students came to pay their respects. Several of the younger men (large guys in their 20s who you could tell lifted weights and worked out) fondly reminisced of how he would regularly “throw them around the mat like they were ragdolls!” He was not “soft.” He had a very dry, sharp wit, and loved to tell stories and jokes – many of which would end with his bellicose, jovial chuckle and wry smile.

I would visit him in his apartment on Maple with my two boys Joseph and Colin. Joe was a 7th Grader at St. Joseph Academy and taking Latin from Robert Pickard (another of our excellent catechists and the 7th Grade teacher at SJA.) Clayton, from his hospital bed in the living room, would direct Joe and had him helping with translating the relic documents and making “name tags” for them. Colin (my younger son who was a 4th Grader at SJA at the time) was the “go-for” who Clayton would have go around the room and get the relics he would point to as Joe looked up their document files in a file folder. Clayton had at that point already donated them to St. Mary because he knew that Fr. Rich was building a Eucharistic Adoration Chapel in the church. It is a kind and laudable gesture for Fr. Scott to put this up for Clayton so that he can be remembered for the good Catholic and active member of the parish that he was. Thank him please."